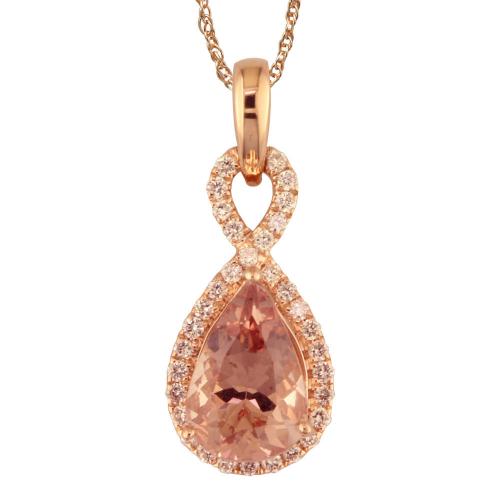 Unearthed in the Mahenge Region of North Tanzania, Lotus Garnet was only recently discovered in late 2015. Found in alluvial mines, the amount of rough is unknown and each production is small and has a variation in color with every pocket produced.
The unique pinkish orange to orangey pink color of Lotus Garnet makes it an exceptional substitute to Padparascha Sapphire, Morganite and Imperial Topaz.
It is best viewed in sunlight and it has a slight red fluorescence which can give the appearance of color change.


Pendants do not include chains unless specified.

Share jewelry you love, just like usual, but get paid 10% if that posting creates a sale!  Learn More

Forgot your password?
No thanks, I don't want to get paid.
Powered by Paid2Post.
Get paid for sharing the jewelry you love!

For your convenience, we would like to show retailers near your current location.

Paid2Post lets you get paid to share the things you love.

Here's how it works

When your posting generates sales, we'll email you to login and withdraw your money.

If you're new, you'll complete a quick account setup first.

Dear Customer,
share great jewelry you love, just like usual, but get paid 10% if that posting creates a sale!

No thanks, I don't want to get paid.
Powered by Paid2Post.
Get paid for sharing the jewelry you love!